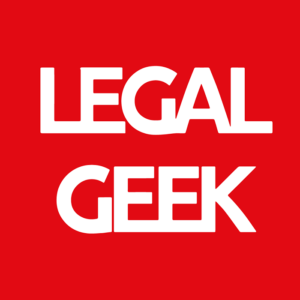 Nextlaw Labs and Nextlaw Ventures announced the 20 legal tech startups that have been selected for travel grants to attend the Legal Geek Conference in London on 17 October, 2017.

The trip, organized in partnership with Nextlaw Labs, visited European legal tech hubs in Amsterdam, Berlin, Brussels, and Paris over the course of 16 days.  The selected startups were chosen by Nextlaw Ventures and lawyers from Dentons.

The 20 startups chosen to receive travel grants to the Legal Geek Conference 2017 are:

The Legal Geek Road Trip 2017 started on 12 June with the aim of finding and engaging thriving startups outside the London legal tech scene.

Legal Geek Founder Jimmy Vestbirk set off in a 1971 VW camper van (called Betty) headed for Amsterdam to interview eight startups and host a networking event in conjunction with the Dutch Legal Tech.

From Amsterdam, Betty headed to Berlin to meet with 12 startups on the sidelines of the European Legal Technology Association (ELTA) Conference, where Vestbirk also chaired a fireside chat on legal tech.

The third stop was in Brussels where Legal Geek and Legal Tech Belgium arranged interviews with eight Belgian startups.

Then van then travelled to Paris for the penultimate stop in the French capital where Legal Geek held a pitch event for 20 startups with the support of Open Law and Village de LegalTech.

The final stop was back in London for a visit to Thomson Reuters’ headquarters in Canary Wharf and a meeting with Thomson Reuters Legal UKI, Dentons and Nextlaw Labs. Thomson Reuters and Legal Geek released a report titled “Movers and Shakers: UK Lawtech Startups” at the meeting, and invited one of the startups featured in the article and Nextlaw Ventures portfolio company, Libryo, to present.

At each stop, lawyers from Dentons and representatives from Nextlaw Labs were present to network with the startups and listen to their pitches.